The Inevitable Housing Crisis Is Killing The American Dream

Not so long ago, it was the American Dream that if you work hard enough, you can build a better, richer, and fuller future for yourself and your family. A big component of that American Dream was to own a house. Because that’s how you create wealth for generations. But just a short quick look around you would be enough to establish that today’s broken market is translating into a broken American Dream. Living a better life than the previous generation, in a home you own has become a pipe dream for millions Nearly 11 million low-income Americans are paying more than 50% of their annual income on housing. And it is still not enough because America is facing a critical housing shortage. Times of high inflation, a brewing mortgage crisis and a worsening homelessness epidemic have shattered the quality of American family life. But this is just the beginning and things will only get worse. In today’s Video, we explain the inevitable housing crisis that is killing the American Dream. Affordable housing started to decline two decades ago, and it has only gone from bad to worse in the last few years. Just in the last two years, home prices are up more than 30 percent. And that’s not the case in just a few BIG cities. In fact, the U.S. now has close to 500 cities where the average cost of a home is a million dollars. Just 12 months ago, a family that could earn $80,000 a year could afford payments on a modest home. But a year later, that income requirement has shot up to $108,000. So in one year, more than 4 million renter households can no longer buy a median-priced home. But if the rising costs were not enough, insane mortgage rates are making sure to price out the middle class completely. Mortgage rates are now increasing faster than in any period in recorded history. And in a matter of months, the typical cost of owning a home has gone up by tens to hundreds of thousands of dollars. Mortgage rates have escalated from less than 3 percent in 2021 to nearly 7 percent – the highest they have been in 20 years. This becomes an even bigger deal when you take into account the mass shortages of homes in America. The number of available homes today is 40 percent lower than it was just 2 years ago which means that millions will continue to be priced out. Experts connected to the housing market are warning that the inevitable housing crisis will be based on a single reality: Housing supply is at a record low and we aren’t doing enough to change that. This supply shortage has left the country in need of at least 5 million housing units immediately. But the progress on that is nowhere to be seen. The housing shortage has become a chronic problem but there’s no end in sight, especially, in the current climate of economic uncertainty. Ever-increasing interest rates, fears of an impending recession, and a choked supply chain mean that home builders are hesitant to go all out. So the housing gap becomes bigger and bigger. But even if more homes are built, it will not matter as affordability is moving towards an all-time low. And this is not a big city problem anymore. Years of neglect and months of economic chaos have ensured that home prices have soared all over the country. Even areas traditionally seen as affordable are no longer viable substitutes. The locations that were seen as alternative moving options are disappearing quickly. Failing to find starter homes that fit the already stressed budget, many Americans are pushed into Rental properties. But it shouldn’t come as a shock to anyone that things are arguably worse there. As middle America fails to find affordable housing, millions of Americans face evictions and housing insecurity. The result is homelessness. What America needs is access to affordable housing as soon as possible. While millions risk falling into housing insecurity, the policymakers remain slow as ever. Unfortunately, things could get even worse. It took years to get to this point and it may take decades to get out of it. 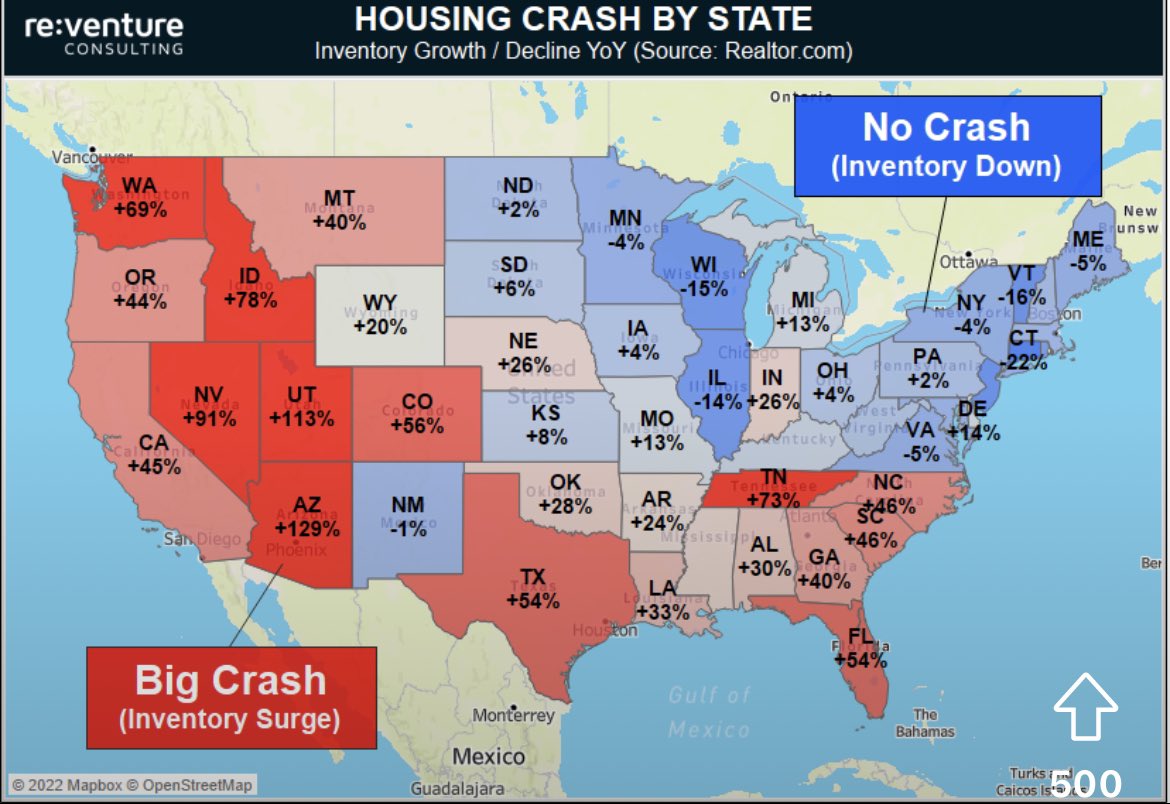 “For some context, a 68% cancellation rate surpasses even the darkest days of the 2008 #housing crash. The average back then was about 47%.”https://t.co/sYfBxy7XMR pic.twitter.com/FoEgqotigx