MURDER - and he is out on bail. Killed a Trump supporter for political views... 'Racist Leftwing scumbags' - Choice Clips

MURDER – and he is out on bail. Killed a Trump supporter for political views… ‘Racist Leftwing scumbags’ 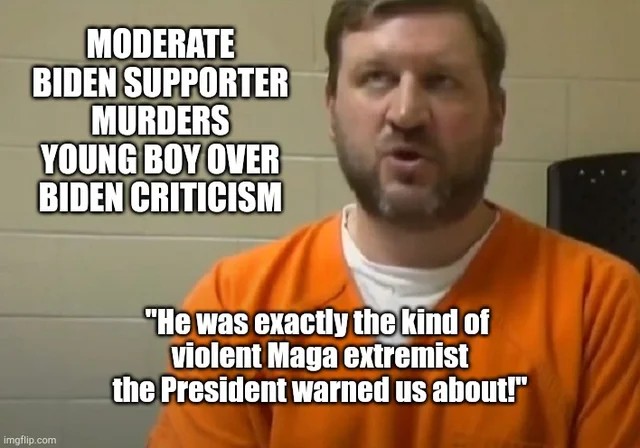 Shannon Brandt used his car to run over & kill an 18-year-old, Cayler Ellingson, because he thought the teen was part of a Republican “extremist group.”

This murder is a direct result of Biden dehumanizing Republicans. pic.twitter.com/CUYMjt3qwi

A person murdered a teen in McHenry, North Dakota, accusing him to be a right-wing extremist. Cayler Ellingson, 18, called his mother for help saying he was being pursued. He was found dead. The suspected killer, Shannon Brandt, is held on $50k.  So now he is out – as you ONLY need 10% of bail – just an FYI. Every time you hear someone has a 100K Bail, that means they need only 10K in actual funds to get out.  This one is out with 5K

Jail confirmed to me that Shannon Brandt, who reportedly confessed to killing a North Dakota teen because the 18yo victim was “part of a Republican extremist group,” posted bond and is back on the streets. Since his release, it appears Brandt started scrubbing his social media.

Curious if these racist left wing scumbags will talk about one of their own murdering an 18 yr old boy #CaylerEllingson? 41 yr old #ShannonBrandt MURDERED Cayler because he thought he was a "right wing extremist."
I bet we won't hear a peep from these RACIST left wing scumbags! https://t.co/hkX07bTJDo